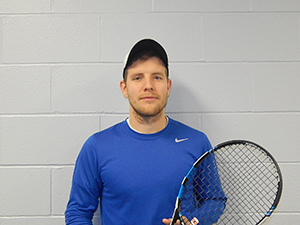 Jeff is our head pro and joined the Westwood Tennis staff in the fall of 2012. Having the opportunity to play tennis at the University of Northwestern Ohio brought the Toledo native to Lima. While at UNOH, Jeff earned 1st Team All-Conference honors in 2009, 2010, 2011 and 2012 in both singles & doubles. Jeff was ranked #9 nationally in NAIA Tennis Doubles and holds the career win record at UNOH. Jeff is currently rated 5.0 in the National Tennis Rating Program (NTRP). Jeff is a USPTA certified teaching pro. 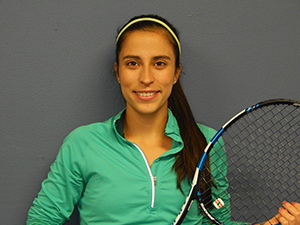 Andrea is from Cali, Colombia and joined the Westwood Staff in 2013 as a tennis instructor. She has been playing tennis for 10 years. Her highest national ranking in Colombia was #5 in her category. She moved to Lima, Ohio in 2011 and played 4 years for the UNOH Tennis Team. Andrea was 1st team all-conference all four years. She is currently rated 5.0 in the National Tennis Ranting Program (NTRP). Andrea became a Certified Personal Trainer in early 2016 and has had great success with her clients. 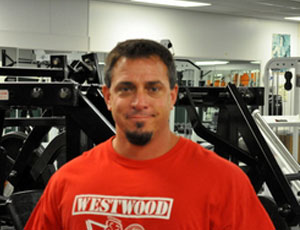 Ron is an ISSA certified trainer at Westwood Fitness. He has over 22 years of experience in weight training. Ron began lifting to add body mass while a senior in high school. He began participating in body building events in 1992; earning the runner-up award at the "Key to the Sea" and the "Glass City Body Building Championship". Ron recently placed 5th out of 19 in the Master's Division at the NPC Nationals in Columbus, Ohio.